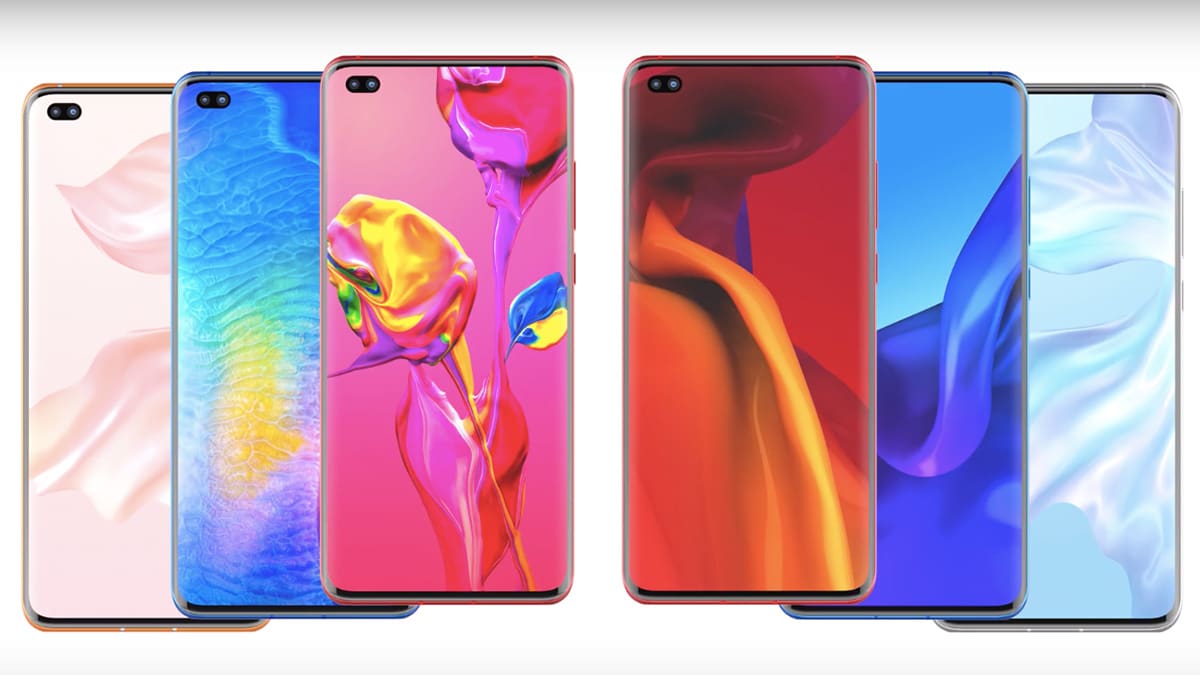 Last month, we heard murmurs about Huawei’s upcoming Mate series flagship — the Mate 30 Pro — which is tipped to sport a large display, four cameras, and 55W fast charging. We also got a couple of renders of the front of the phone, which showed that it could sport a dual-sided curved display and a hole-punch camera in the front. We now have a new leak that shows some new renders of the phone from all directions and also hints that the display would come with a 90Hz refresh rate.

Chinese website IThome reports that the upcoming Mate 30 Pro will be powered by a Kirin 985 SoC, a HiSilicon Balong 5000 5G modem, and will have a faster 90Hz refresh rate for the display. The report also states that the phone is also expected to have 5x optical zoom and 50x digital zoom support, just like the Huawei P30 Pro. The phone is also expected to have a fairly capacious battery of 4,200mAh and will also support 55W Super Charge fast charging feature.

CAD designer, Petar, has put up a concept video of the Huawei Mate 30 Pro, which shows the phone from every angle, new colours, and what the camera setup could look like. Now, this is just a render of the phone could look like based on the leaks and rumours, so the final product could look similar or completely different once it actually launches around October this year. The phone is shown to have a dual hole-punch design in the front, similar to the Samsung Galaxy S10+ (Review) and a rectangular module at the back, to accommodate the rumoured four cameras and the LED flash. The colours shown here look good although given Huawei’s history with paint jobs, we might see something completely different on the actual product.

The earlier rumour suggested that the Mate 30 Pro would have a 6.71-inch curved OLED display, with most likely a QHD+ resolution. Huawei is expected to launch the phone sometime in October this year, which could coincide with the launch of the Google Pixel 4.