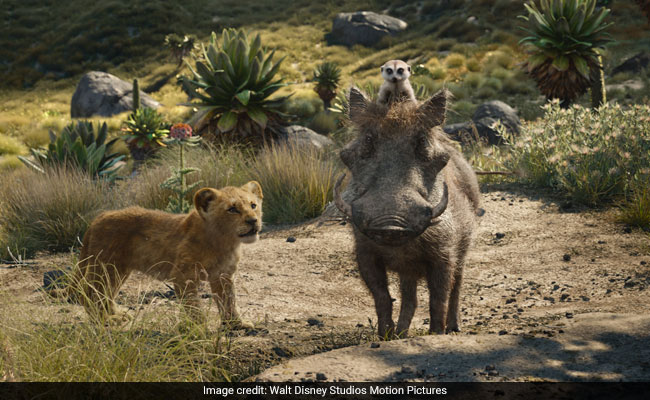 turbocharged animal fable that, like 2016’s The Jungle Book,” uses photorealistic CGI animation to add visual heft and emotional resonance to what was a charming, hand-drawn cartoon – it’s clear that this African-set narrative of a doomed king and his reluctant-prince son has tapped into a powerful well of myth. As Rafiki the mandrill hoists the newborn lion cub Simba high above a savanna full of Simba’s future subjects – adoring antelopes, gamboling giraffes and other worshipful wildlife – a heavenly choir sings about the “Circle of Life.”

Translation? In this new, virtual-flesh-and-blood version of the film, the creatures that have assembled to pay their respects to Simba are essentially his breakfast, lunch and dinner. The lives that are at stake, and sometimes lost, in this vivid evocation of human power struggles – expressed via the metaphor of the food chain – have never felt so precious or so vital.

“But Dad,” Simba asks his father, Mufasa, at one point, “don’t we eat the antelopes?” 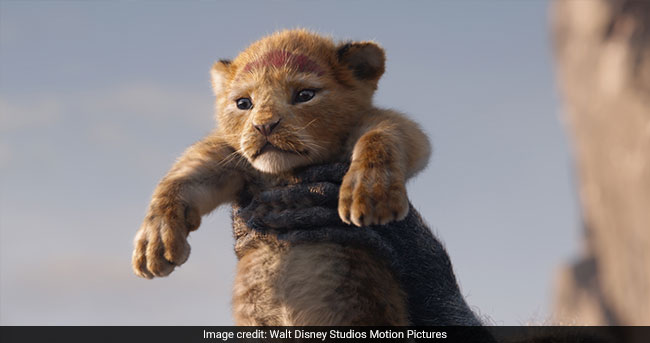 There’s something about this Lion King, which, like the original, has its narrative roots in Hamlet, that feels so much more Shakespearean and – there’s no other word for it – so much more tragic than the 1994 feature-length animation, in which the story’s darker themes were subliminal, not center stage. Here, the death of a beloved character, one whose fur looks so real you could pet it, is that much harder to take.

The shadow of mortality is never very far away, even when the action shifts to the lowbrow humor of the flatulent warthog Pumbaa (voice of Seth Rogen) and his catty sidekick, Timon the meerkat (Billy Eichner). They’re a scene-stealing duo whose comic relief goes a long way toward softening some of the movie’s harsher angles and brightening some of its duskier corners. Will Shakespeare liked fart jokes, too.

About that widdle puddy tat though: Simba (voiced as a child by JD McCrary) eventually grows up. So, apparently, has the film.

The chorus of awws that arose from a recent preview audience at the first sight of the adorable heir to Mufasa (James Earl Jones, reprising his role from the first film), eventually gives way to genuine awe, in the true sense of wonder mixed with dread. Mufasa rules the “Pride Lands” with a combination of benevolence and a strength that instills fear, teaching his son that all living things are connected (most obviously, those that eat each other). Every strand of Simba’s fur looks cuddle-ably real. But so does everything else in the film too – water, butterflies, teeth – to a degree that is as stunning as it is scary whenever, for instance, Mufasa’s treacherous brother, Scar (Chiwetel Ejiofor), or sinister hyena-queen Shenzi (Florence Kasumba) take the screen.