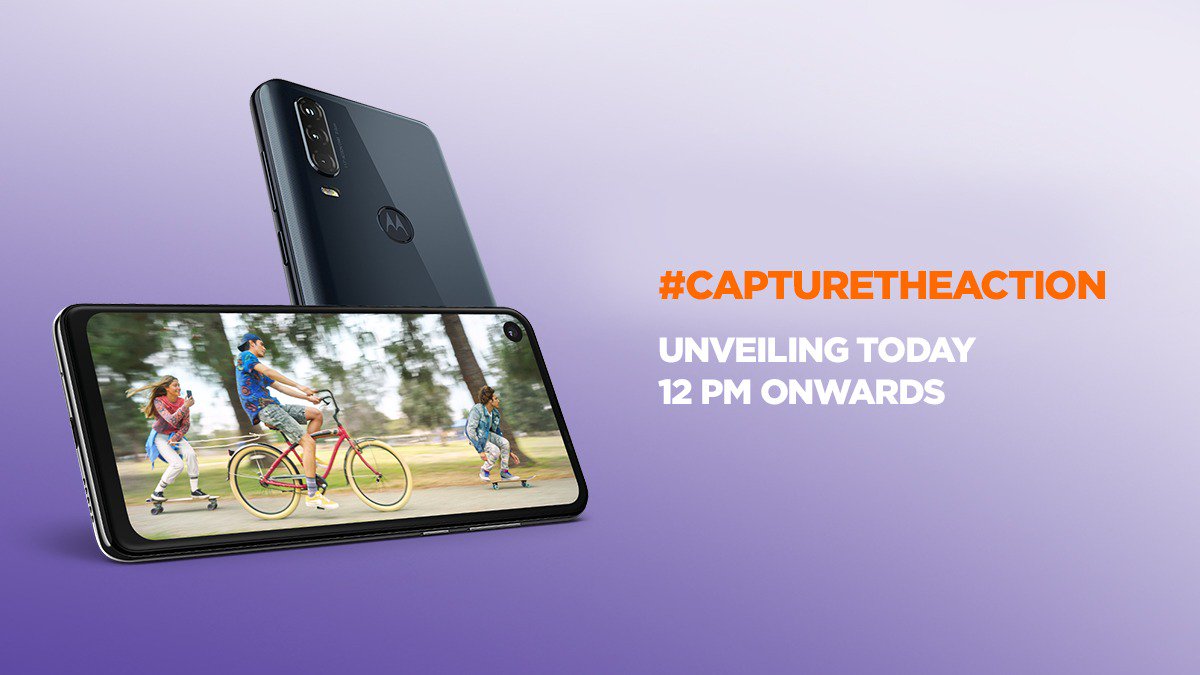 Motorola One Action is all set to make its India debut today. Lenovo-owned Motorola is hosting a press event in New Delhi at 12pm (noon) today, where the company will be unveiling the new smartphone. Motorola One Action was originally introduced last week and comes with features like a triple rear camera setup, Exynos 9609 SoC, and a full-HD+ display. The smartphone also packs a 3,500mAh battery and is based on the Android One platform, like other One-series phones.

As always, we will bring you live updates from today’s Motorola One Action launch event. We have also embedded the launch event live stream below, in case you don’t want to miss anything from the launch.

Motorola One Action price in India

Motorola One Action price in India is a mystery at this point, however if the phone’s European pricing is any indication – EUR 259 (roughly Rs. 20,400), it may be priced in the country around Rs. 20,000. Flipkart has been teasing the One Action for days now, so it is already confirmed that the e-retailer will be carrying the smartphone in the country.

Among other specifications, Motorola has included a triple camera setup on the back that houses a 12-megapixel primary shooter with f/1.8 aperture, an action camera with 2-micron pixel size and f/2.2 lens that supports 117-degree of Field of View (FoV), and a 5-megapixel depth sensor with an f/2.2 lens. Additionally, there is a 12-megapixel sefie shooter on the front.

You will also get a 3,500mAh battery, 128GB of onboard storage with a microSD card slot, USB Type-C port, and a 3.5mm headphone jack. Motorola has also added a fingerprint sensor on the back.